Every time I get off the Tube at Oxford Circus – which, given the host of fun things I’m up to at the Wigmore Hall and BBC Radio 3 of late, is fairly often – I have to go past the Nike flagship store, right on the junction where the station exits sit. It’s big, imposing, lit like a disco… and more than anything else it’s loud. Really loud. Thumping through your internal organs just as you pass the entrance kind of loud. I dread to think what it’s like inside: presumably you need ear defenders or post-visit tinnitus treatment.

So I was rather interested to read that one of the reasons the new station Scala Radio is citing for the necessity of its existence is that around 45% of young people ‘see classical music as an escape from the noise of modern life.’ Perhaps more people are put off by the Nike shop than I realised. The Guardian article I discovered which cites this little factoid also points to a variety of new ways in to classical music for a younger audience, among them cinema screenings with live orchestra, video game soundtracks, and the number of classical cover versions of popular hits. 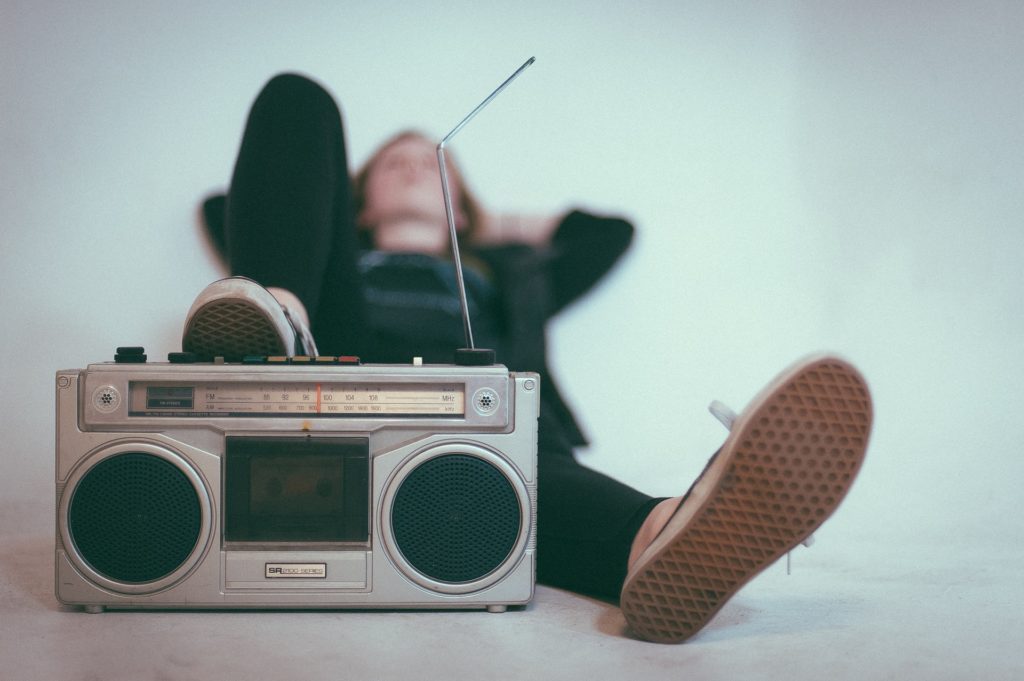 Of course, this has caused a number of people to go slightly green at the gills and get strident about how they define ‘classical music’ at all. I mean, Taylor Swift on a cello – not exactly Beethoven, is it? Well no… but then, have a go at defining classical music whilst ensuring it includes everything from the Brandenburg Concertos to easy-note play-at-home hits from the nineteenth century, plus Philip Glass operas, plus the Concerto for Beatboxer and Orchestra by Anna Meredith. How are you doing? Difficult, isn’t it? In fact, I was discussing with colleagues at one organisation only last week that actually, what we’re really talking about is music. Quite a lot of different sorts of music. In the same way that pop, funk, indie, garage, hip-hop, are all also music. There are broad brushstroke definitions which take in everything from likely instrumentation and length to possible form and cultural associations. But they never capture everything. It’s art, for goodness sake. The point is that it doesn’t sit still and keeps trying new things.

So I’ll be honest: I’m kind of fascinated to see how Scala Radio does. It has the potential to reach new young audiences with stuff that’s already familiar, and play them some things they don’t know yet that they’re going to love – which is the best thing about radio, after all. The only thing that’s slightly worrying me is the rather awkward language that’s being used by some of the Scala team around the rep they have in mind. Here’s Simon Mayo:

There are hundreds of radio stations playing rock and pop, and only two classical music stations – until now. Some of it will be familiar, some new and exciting, but all timeless, beautiful and all absolutely relevant to today.

Classical music is surrounded by the misconception that it’s irrelevant, sterile and inaccessible. What many people don’t realise is there is an authentic modern-day narrative to accompany classical music which is really connecting with people.

So I don’t know about you, but I don’t find all music timeless. Some of it is really not timeless, it’s about a really specific point in history, or place, or feeling. And that’s just fine, whether that point in time is 1770 or 2004. ‘Music in time’ is allowed. Maybe tell us a bit about the time, if it’s not right now, but otherwise, accept it’s of its time. That’s cool. Play it and move on – it might communicate something amazing in the moment and then the moment is past. Plus, ‘timeless’ is the kind of thing jewellers say in those tedious pre-Christmas ads about diamonds. Timeless things (in PR terms) are grand, culturally ‘high’, and all that stuff. Can’t the music just be familiar or new and exciting? And it may or may not be beautiful, also. Beauty isn’t always the point. Hip-hop isn’t always beautiful, but no one moans about that.

As for the misconceptions around ‘classical music’ (however we’re defining that)… maybe, instead of pointing to how boring and outdated some people think it could be, perhaps just go with: it’s great! It can tell us lots. I don’t really know what an ‘authentic modern-day narrative’ is, but if you’ve found one, then lovely. Good for you. You don’t hear punk artists saying, ‘Many people will find this screamy and shouty but actually it’s about authentic expression of our innermost selves.’ Basically, we like the noise it makes, don’t we? That’s why we listen to any kind of music. We find that it has something to say which connects in some way with how we think and feel.

So I guess my big message to anyone working with Scala Radio is: stop apologising. Stop listing caveats. Stop making it sound like posh jewellery or luxuriant bubble bath or a yoga retreat. Just play us some great music, whether that’s film scores, or game music, or new commissions or old stuff by dead people that we enjoy hearing. Trust the music. Trust the potential audience that the stats so compellingly point to. Why not just let us listen, and go from there?