This week, I was lucky enough to be invited back to the school I attended from the ages of 10 to 17, to work with senior students across a number of partner schools on a day of public speaking and debating. Back in the dark ages, when I was there, it was an all girls’ boarding school; now, the school is co-ed and across the thirty or so students who were involved in the workshop, the gender balance was about equal. I arrived in the hall and met them, and was told that they’d been teamed up and briefed to put forward a persuasive argument on one of a range of topics, and that they had no more than five minutes per team to do it. So I sat back to make notes, and we got going.

The first thing to say is that they were superb. Universally superb. Given the number who had raised their hands before we got going to my question, ‘who’s feeling terrified right now?’, I was expecting quiet voices and shy body language, eyes down and mumbling… but not a bit of it. And a number of these students were also presenting in their second language. I couldn’t do that, not with the fluency with which they spoke – and many of them didn’t even have notes.

What was really fascinating, though, was what happened after each presentation. I suggested that we had a question or two from the audience, to quiz the speakers if people weren’t convinced by their arguments. For the first few presentations, people were a bit shy and didn’t ask much. We then had a great presentation by three boys on why men were better than women (they very sweetly began with a disclaimer that they didn’t actually believe anything they were about to say), and that got the crowd good-naturedly riled enough that the questions came thick and fast.

But almost immediately, something else happened. The initial response to the boys’ talk was droll outrage and the questions reflected an emotional kick-back against what had been said. Very quickly, though, the questions became not emotional, but calculated and critical. When a speaker claimed ‘scientists have proved that’, the audience wanted more evidence. When climate change denial was mentioned, one pupil raised his hand to point out the very recent new IPCC report was a newer, more impartial and more reliable source than the study cited by the speaker. Points were cleverly turned on their heads and passed back to those putting forward contentious views. Others muttered appreciatively when good questions (which was most of them) were forthcoming.

Since this wasn’t actually the focus of the event, we didn’t really have enough time to get into debating skills associated with questioning of this kind, or indeed leave the speakers much time to give full replies. (They’d only constructed their talks in the previous 12 hours or so, so it didn’t seem terribly fair either!) But I found myself almost more heartened by this critical treatment of presentations than I did of their impressive public speaking skills. 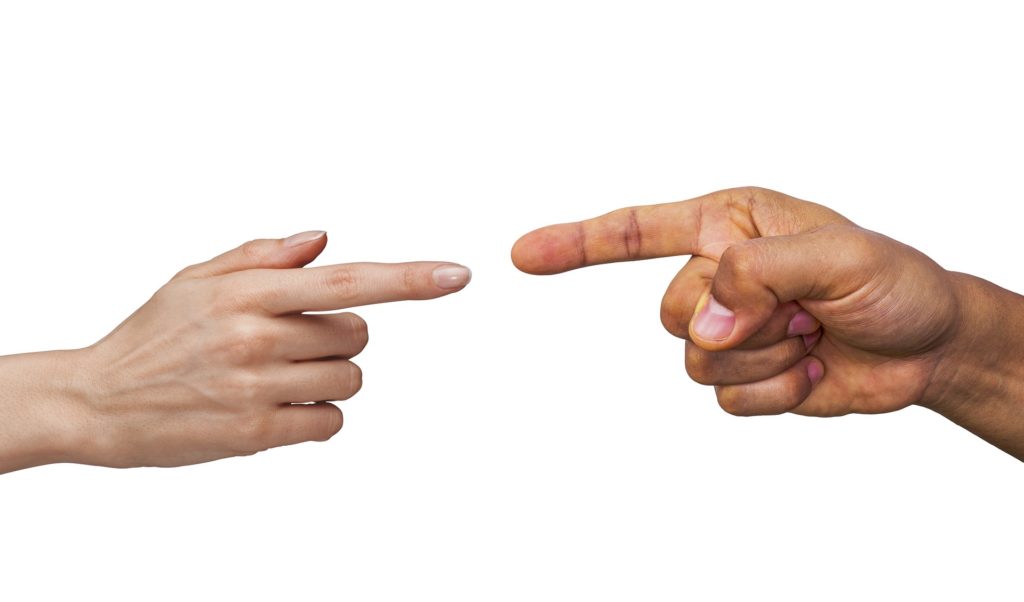 It is so very, very easy in a topic that is emotionally charged (such as the superiority, or not, of men or women) to get so caught up in a knee-jerk response of outrage or moral anger that we lose the ability to return fire in a rational, critical manner. You only need to look down Twitter feeds to see it in action. The period of time from ‘this is a faulty argument because of x’ to ‘she can’t possibly be right, look at how horrible her hair is’ is usually around ten comments. But such an approach – an ad hominem attack, by the way, since it is an attack against the person, not the argument – doesn’t win, it just makes you look petty. At the moment, there are quite a few smart debaters with unsavoury points of view who are able to win public debates because their positions reduce their opponents to emotional outrage and, much as we might share their perspective on how awful the viewpoints being put forward actually are, you can only beat these people if you can argue calmly, rationally, critically against their ideas. Sure, have strong emotions about it. And then park those emotions, and win the argument. That’ll make you feel best of all.

There is a rather fine book free and online, for anyone interested, called An Illustrated Book of Bad Arguments, by Ali Almossawi. It is a very simple and humorous way of outlining all the faulty reasoning we end up employing, and in most cases you can well imagine that people make the kinds of argument listed in this book for one very simple reason: because they believe they are already right and don’t need to work hard to prove that. Alas, we live in an age where it is more imperative than ever that we really can prove, rigorously and unemotionally, why one point of view is right and another wrong, even about issues we might think are completely bleedin’ obvious, like climate change. After my day at Stonar on Friday, I left feeling considerably more optimistic that there are some great young thinkers and speakers in the world who will be able to stand up to nonsense arguments. So I’d like to thank them for that – and encourage others to take them as an example of why fighting your corner so effectively is something we all need to make sure we can do, as clearly and calmly as possible.