What I mean to say…

The insecurity that we can’t get across what we actually mean, or feel, or wish to express (or even argue) is, I reckon, universal. There are all sorts of reasons to want to be clear: to issue good instructions, to make your personal position on an issue comprehensible to others, to convey accurate information, to make a potentially personal observation to someone you care about without hurting them. This is equally true in a Word document, an email, or a face-to-face conversation; and of course, if we worry that we’re not going to do it well, the upshot is often to become less communicative. If you’re monosyllabic, there’s less in what you’ve said to criticise, and less to misinterpret… or rather, without offering specifics, there’s so much you could mean that you can’t be accused of any one particular position.

Perhaps as a musician and educator it’s inevitable that I would say this, but the solution – as with so many things we find difficult – is to practise. And bizarrely, since we pretty much all write and speak every day, we are terrible at practising these things. My pet theory is that we feel as if we ought to be able to do it well just because we do it often… but as a quick trip to a club on a Saturday night will make clear, this is certainly not true of, say, dancing. Or an ability to understand our limits when it comes to alcohol. Or our sense of fashion. 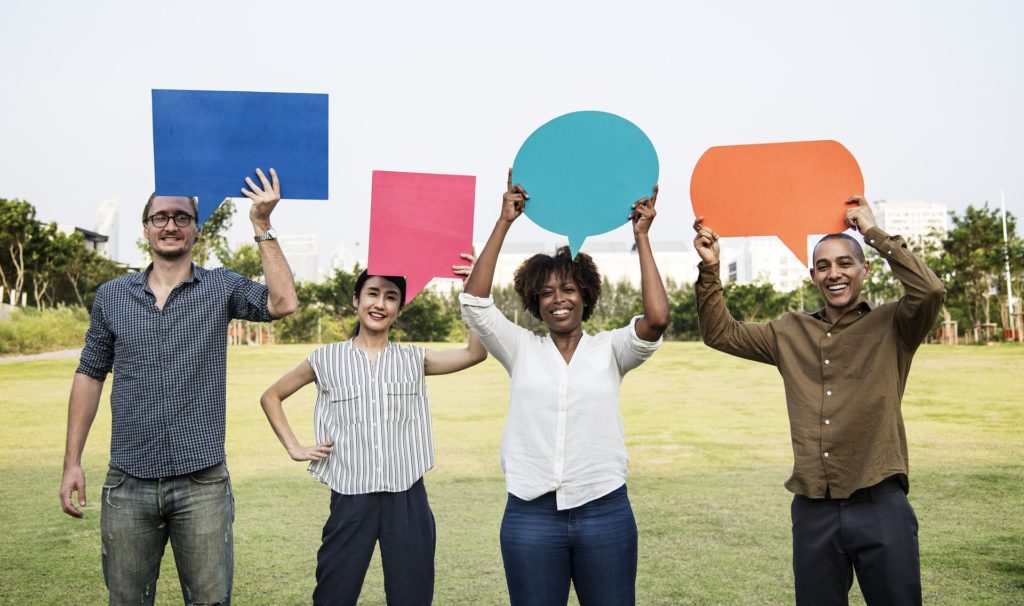 Actually, I’m just as worried as the people I was speaking to this week about getting my point across clearly. But because my professional development, if you like, has put me in situations where trying to work out what the heck I’m actually trying to say is pretty key – most people call this ‘PhD’ for short – I’ve had an excuse to spend a lot of time thinking about how I might best do this. More than that, I find the idea of communicating with others fascinating, and how we do it (whether that’s in academic publishing, radio broadcasts, so-called popular textbooks, fiction or Tweets) a subject of huge personal interest. What’s true of writing is also true of speaking, which is a very different medium and requires a different approach. There’s a reason that play scripts don’t look like novels. And why spoken presentations, similarly, shouldn’t look like book chapters.

So let’s get back to the matter at hand here. Eloquence. What does that actually mean? My dictionary defines it (very eloquently, I must say) as ‘The power, art or practice of expressing strong emotion in correct, appropriate, expressive and fluent language.’ As far as I can judge, this involves three stages. The strong emotion is crucial, and something we don’t necessarily remember when we think about how to be eloquent. Something (emotional) is going to drive you want to say something. That’s the first stage. Then there’s the thing you want to say. What is it, exactly? This is the second stage, and also the hardest, where most people start to struggle. You haven’t yet said anything out loud, or put pen to paper, but you need to sort out in your own mind how to be clear. That means knowing what you think, and also (here’s the kicker) knowing what your interlocutor(s) know and think. If a famous astrophysicist was listening to a bunch of non-specialists saying silly stuff about science, she or he might feel very strongly about it. She might decide to say something to them about it, to correct them – but if she used the same vocabulary as she might to another famous astrophysicist, she’d probably just get blank stares. So you need time to unravel your thoughts for yourself, and then how to express them to the person or people you’re addressing. The third and final stage is the actual ‘uttering’, either writing it down or (scarier, usually) saying it out loud. Once you’re there, you’ve done the job.

In my experience, if you are dealing with an audience (and when I say ‘audience’ this could as easily refer to your mates as the punters at a major public venue) who are largely inclined to be sympathetic, it’s usually best to just try. Be ineloquent if the choice is that or silence. Tell people how you feel about them, or why certain issues matter to you (or not), or what you like or don’t. Trust them to be sympathetic. The armour we wear when it comes to risking revealing our thoughts is so often entirely unhelpful. If you end up ramming your foot firmly in your mouth, try to explain and unravel your errors. With patience on both sides – because obviously this applies as much if you end up listening to a friend saying a lot of nonsense as it does if you’re the one making a hash of it – we can get to what we really mean. And that, right there, is practice. Do more of it. Listen. Speak and write. Try. Right now, communication between people who may have surprising things in common, and feel passionately different about certain issues, is vital. With a little work, and a little trust, eloquence is achievable, regardless of ‘professional’ training. And that can only be for the good, can’t it?