Bring your own baggage

On Thursday night, I went to the Young Vic to see Jesus Hopped the ‘A’ Train, a play by Stephen Adly Guirgis about two convicts in Rikers. One has been convicted of killing eight people; the other, still a teenager, shot a guy without the intention of killing him, as a warning to try to protect one of his friends. The two men talk. Their prison guards are in on some of the conversations. We hear from the teen’s lawyer, too. Over the two acts, these five people discuss culpability, motive, faith, forgiveness, personal responsibility and justice. It is utterly compelling, and deeply thought-provoking.

And also, I imagine, a profoundly different experience for each and every one of us watching the play, because of what we brought with us to the evening. Because what do we really know, after all, about the people who are sitting either side of us in the theatre or concert hall? Maybe there were people in that room who have served jail-time. Who had lost people they loved due to the actions of others. Who work, or worked, in criminal justice. One of the convicts is African American, the other Puerto Rican; we are also given bits of information about the family history of several of the other characters. The audience (on brief glance) was diverse – perhaps there were Puerto Rican, or Irish-American audience members, as there were characters on stage. And then the big one, since it seems to be a recurring theme in Guirgis’s work: some of those audience members will have believed in a god, and others won’t. And no doubt some will be unsure what they believe. 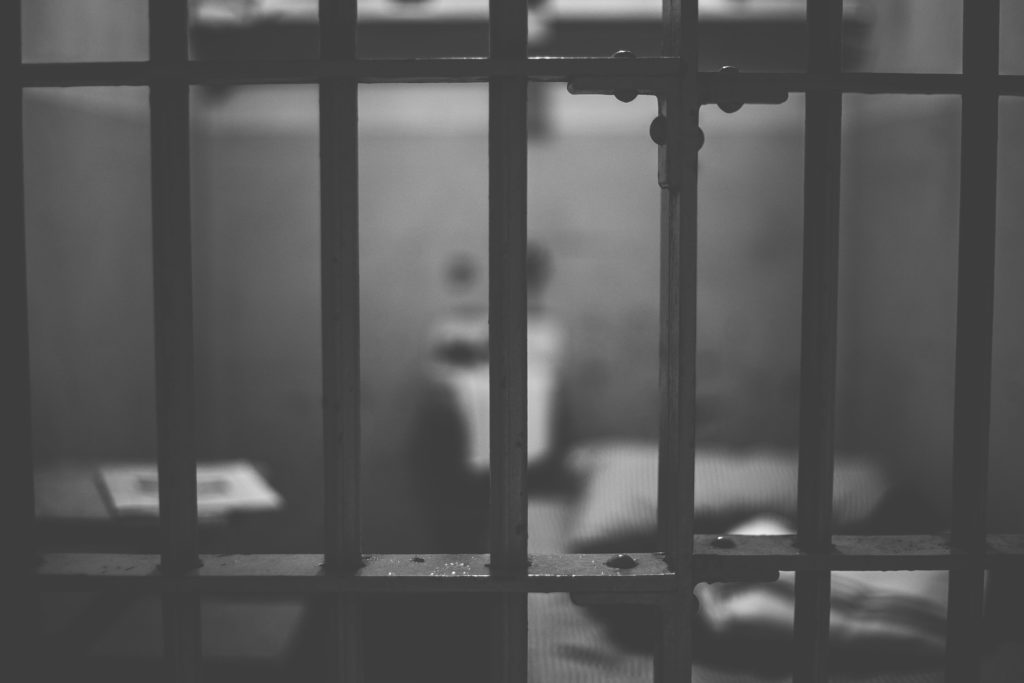 I don’t want to spoil the play for you – not least because I thought it was fantastic and that if at all possible, you should try to go and see if for yourself. But as a theatre piece, Jesus Hopped the ‘A’ Train raises some very interesting questions about what we bring into the room with us, and how we’re prepared to open those beliefs up to probing (and perhaps even reversing) based on what we see in front of us. As it happens, I’ve fairly recently finished Julia Shaw’s new book Making Evil: The Science Behind Humanity’s Dark Side. Much like the play, Shaw is interested in questioning how we treat, and how we should treat, those who have done terrible things. Is forgiveness ever possible? Is redemption real? Should your entire life be defined by the mad action of a few moments? How do you get to a point where you act in that way?

Shaw’s book makes it clear – and it’s not comfortable reading – that anyone is capable of acting in a way that others might describe as ‘evil’. Her argument is that the word should be dropped altogether as a descriptor, that it’s unhelpful in our trying to understand what has happened and immediately dehumanises the perpetrator of a crime. Guirgis, in places, seems to make the same point – but since we are watching discussions rather than following a written argument, we are left to decide what we think. And what do we think about such matters, when they are laid bare? How do we feel about the convict who has killed eight people, at least two of them children? How does he feel? And (because this is an important question in the play), how does god feel? If such a god exists?

Every time we put ourselves in a theatrical space – and, I would argue, a concert venue as well – we have the possibility of learning something new about ourselves, other people, and the thing (whatever it is) that is being performed. Since we’ve all had different lives and experiences, the way the thing we’re observing actually hits us is going to be different, like bouncing a tennis ball at a series of slightly differently unsmooth walls and watching which way it spins. The long-term effect of this can be two-fold: to realise something different yourself, to personally experience something new, to begin with… and then to share that with someone else who’s been there too, to see how your experiences compare. My greatest regret, in fact, about my amazing night out at the Young Vic was that I went on my own, and had to glean from overheard conversations only how it had struck other people. Art gets us thinking, and gets us talking – but you have to go in there with an open mind. Don’t get locked in. Keep on learning.