Chances are you haven’t managed to make it through the web around classical music in the last week or so without coming across something about THAT Guardian article. As a colleague pointed out to me earlier this week, there’s nothing like a critical opinion piece to get the community in a real state, and from Richard Morrison’s rebuttal in The Times to the letter pages, blogs and social media backlash, you’d be forgiven for thinking that the Guardian editorial had accused regular concert-goers of performing ritual murder and drowning puppies. It’s a funny old article, no mistake, and I’m not entirely sure quite what the writer’s dream scenario is: no Proms? Proms only featuring contemporary music? Everything that is ‘challenging’ (not entirely sure how we’re defining that) banned from Proms programming, the radio, and also tube stations? (And what on earth is Adorno doing in there?) Hard to say. But the writer also raises the spectre of ‘conspicuous consumption’. And when it come to classical music, you’ve got to admit: they’re right.

You might have noticed that country house opera is doing terribly well in the UK. At the risk of forgetting some, I count: Glyndebourne, Garsington, Grange Park, Dorset, Iford and Longborough. They vary in price, but ‘cheap’ is not a word I could reasonably apply to any of them. (At Dorset, for instance, your ticket will definitely cost you three figures if you don’t want to be behind a pillar.) Most have a dress code. Most, by the nature of the venue, will require you to have a car, or fork out for a taxi to get there. And bring a picnic, or book into a pricey on-site restaurant. I’m not slamming any of these festivals for existing, nor for costing what they cost. I’m just stating the facts. They are expensive. Opera, for the most part, is expensive. And when some of these places include patrons who turn up in chauffeur-driven cars with butlers carrying their picnic baskets, I don’t think ‘conspicuous consumption’ is an unfair label. 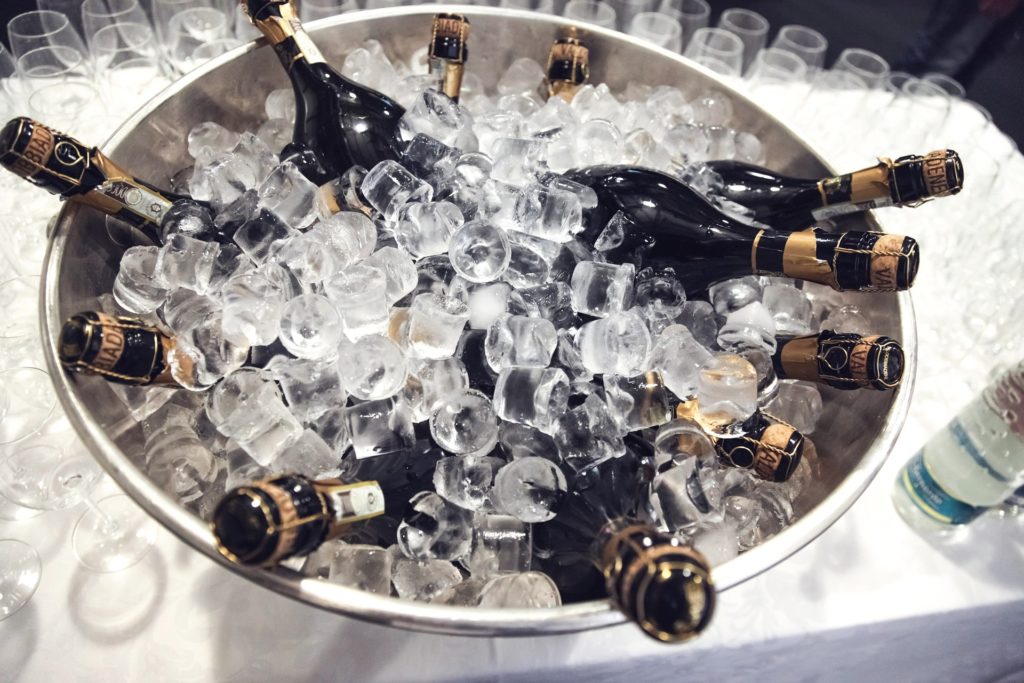 Is the Proms about conspicuous consumption? Well, not like that, no. There are still seats which cost over a hundred quid (and boxes costing umpteen million to actually buy as real estate if you’re feeling really keen), but there are also the cheap Promming tickets at £6 each. I found this described recently as ‘just the price of a sandwich and a coffee’, which is depressingly true in most London eateries. You can wear what you like, you can get there by bus IF you live in London, and if the thought of stumping up the cost of the ticket price again for a drink and BLT seems a bit too much, you can make your sarnies at home and eat them in the park afterwards. Or you can listen on the radio for free.

Programming is controversial always, and I genuinely doubt it’s possible for the Proms programmers to get it ‘right’ because someone will always moan. Wood’s earliest Proms were half fun stuff (the half he advertised) and half Good Music The Audience Should Learn so that he could develop the repertoire through educating the listeners. There were a lot of repeats, partly because they had no time to rehearse, and partly because the whole point of the ‘popular’ half was that people wanted to hear what they liked again and again. Between 1895 when the series was founded, and 1914, Wagner’s music appeared on the programme 2,383 times and – spoiler alert – Wagner didn’t write that much music. More diverse programming would be nice; but it’s also a popular series and it’s good to bear that in mind. Most people probably don’t look down the list and fancy the idea of going to every single one. Well, good. It’d cost you a fortune, even at £6 a pop, and the idea is that it’s supposed to appeal to multiple audience types, not one.

And it’s here, I think, that we might find the kernel of the problem – both the problem that the Guardian writer has, and the problem of those who have subsequently thrown their hands up in horror at the article. There is not one audience for classical music. There are lots. However, most of the people who write about it (I include myself in this), and most of the venues that are held as ‘mainstream’ venues, seem to be aiming largely at that one particular kind of audience: white, middle-class, predominantly retired, who like Beethoven and get a bit uncomfortable about anything edgier than Bartók. This group includes many who have a comfortable income or retirement pot and are prepared to spend money on good seats. They are the people who book season tickets to festivals. They chat to me in the foyer and ask things like ‘did you go to Paris last year for that lovely series of X’s masterclasses?’ or ‘are you planning to attend X [really expensive music festival in Europe] this year?’ because the idea that I might not actually have the cash to do such things doesn’t even cross their minds – I look like them, we speak a shared language, and an assumption of similar financial circumstances comes with this. At their most extreme, they are the conspicuous consumers. The concert halls and opera houses are lucky to have them because they can afford to pay three figures, and be friends, and leave money in their wills. For others like me, we might have the education and background that makes us feel comfortable in these spaces, but not the ready cash, so we become expert at pouncing on venue websites as soon as booking opens so that we stand a chance of being able to afford to go. The concert halls and opera houses are lucky to have us too, because we tweet and tell our friends and share our canny knowledge of acquiring the cheap seats. And we – with the cash, and with the know-how – we are privileged. That’s not an accusation. It’s just a fact.

Here are a few more facts. The current population of the UK is around 66.5 million people. About 10 million of them are unemployed. About 14.2 million of them are living in poverty. A little under 9.4 million of them were not born in the UK and over half of the non-UK-born population identifies as something other than white (this is information from the 2011 census, so it’s a rough extrapolation to say that this could be, by now, around 5 million people). 12.5 million are under 16 years old. 10.5 million are 65 and over. [All these stats are taken from the Office of National Statistics and the Joseph Rowntree Foundation.]

So let’s break that down into 66.5 people (yes yes, half a person, I know). 14 can’t afford to come – they’re below the poverty line and a £6 sandwich and coffee, even, is a laughable dream, let alone getting to the concert. 5 are non-white, 12 are children, 10 are retired, so the rest must be white and somewhere in the 16-64 age bracket. Does that sound like the balance of any classical music concert you’ve been to recently? No? Me neither. And yes, I realise that some of these categories may overlap, but that still doesn’t leave us with a representative audience at any venue I’ve been to of late.

Of course, I’m still talking about that one catch-all audience. There are fringe events, venues that are (gasp) outside of the South East of the country. Online events, scratch performances, fully-funded shows with free admission, and so on. I don’t think a snapshot of the Royal Opera House audience on the first night of a new show is a good standard measure across the audience demographic of classical music in the UK but I do acknowledge that I, like the majority of those likely to go to that venue, have had opportunities, financial support and educational privileges that only a small percentage of the population gets. And that I look a certain way, too.

In other words, whilst there are plenty of good initiatives going on right now by classical music venues – and heaven knows there need to be, given the desperate state of music education in UK schools – change is slow. Some things, around access and diversity, still need a lot of fixing. (Also can we just take a moment to remember that Othello was still being blacked up at the Met in 2013?) And part of that fixing, actually, is to acknowledge that there’s still work to be done. Polarised positions help no one. Classical music is not an entirely closed shop – it’s trying very hard, in many places, not to be a closed shop. It’s also not a utopian dream of free tickets and everyone from every walk of life having a lovely time. Some of it is about conspicuous consumption (look at the history of opera, for heaven’s sake – little wonder). If we can’t see and acknowledge the flaws of our own beloved things, we don’t stand a chance of fixing them to share with others. We have to make the effort, even if it’s hard, even if we’re a bit rubbish at it to start with, if that’s what we really want to do. It reminds me of a line from a musical – Adam Gwon’s Ordinary Days – and a song in which a couple go off to do things they’ve never done before. One of them is cookery classes. She’s brilliant, and he’s not. ‘So he can’t cook,’ she says, as he makes a hash of it. ‘But honey, look,’ he replies – ‘I’m trying.’

Let's talk about this... audiences, BBC Proms, Glyndebourne, Opera, The Guardian, The Times