Team Ryedale – behind the scenes 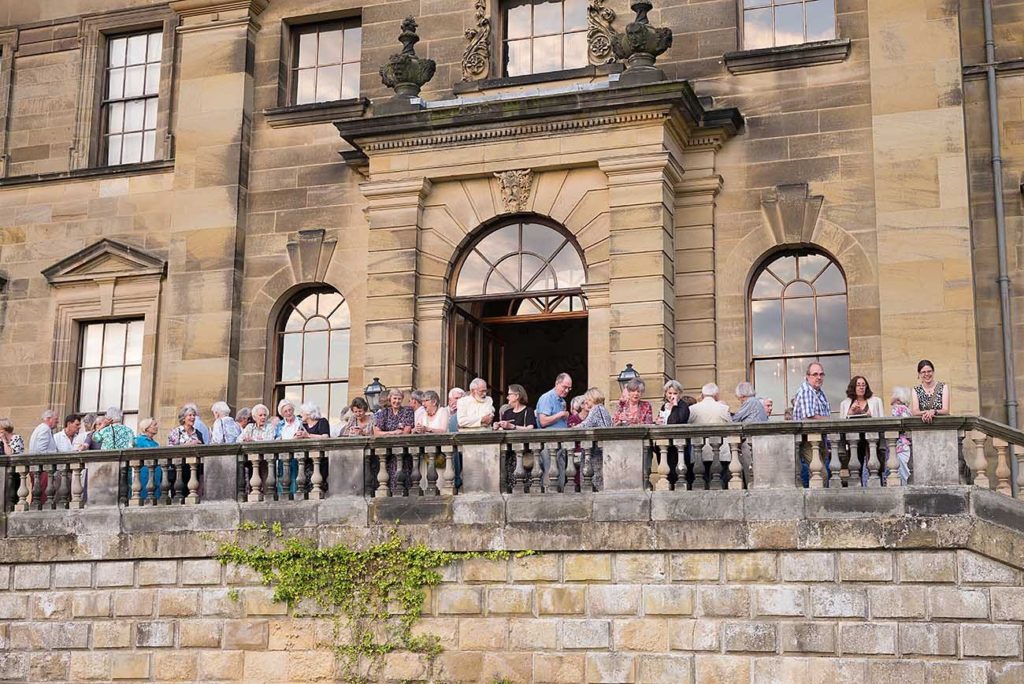 One of my favourite stories to tell students of nineteenth-century music history concerns Edward Elgar’s trips to hear new orchestral repertoire. As you may know, Elgar grew up in Worcestershire, where there was no permanent orchestra. The best place to go to hear new orchestral pieces was just to the south of London, at the Crystal Palace, where Sir August Manns conducted weekly concerts including the British premieres of much interesting British and continental music. So off Elgar would go to London. Not, as we might now, hopping in a taxi to the station, sitting in air-conditioned comfort for a couple of hours and then making a speedy trip on the underground and overground lines to Sydenham. Oh no. It took Elgar the entire day, dawn to dusk: walking to the station, travelling into London, travelling out again to Sydenham, enough time to catch the end of the rehearsal and a bite to eat, and then attending most of the concert before sneaking out early and going through the whole process in reverse, arriving home, on foot, in the dark.

The thing about logistics having got so much easier, from speed of travel to the invention of the internet, is that it’s quite easy to forget that someone still has to do all the hard work to make things happen – the planning, the timetables, the late-night and early-morning travelling, whatever it might be. And as I come to the end of this year’s annual visit to the wonderful Ryedale Festival in Yorkshire, I find myself once again in speechless admiration of the number of people involved in all those hidden logistics that it’s all too easy to forget about.

I drove this year, but if you arrive by train, there will be a kind soul assigned to collect you from the station. Then you will have a host who will put you up, make you all the cups of tea and slices of cake and breakfast fry-ups (I’m writing this having just consumed yet another excellent one of these) that you need to keep you going. Someone will get you to the venue for rehearsal and soundchecks. When you arrive, you will see the evidence of many more people: staging moved from one end of the moors to the other (the Festival venues cover a huge range of places from York to Scarborough and everywhere in between) so that you’re visible to the audience; stickers on all the church pews that have been set out for reserved seating; beautifully produced programmes and brochures; a shop with the books, CDs and other merchandise of the performers and the Festival itself. A bar in the evening. Coffee and biscuits in the morning. People to take your tickets, show you to your seats, fix the lighting rig so that the players can see and be seen, and move stands and chairs between items.

If you’ve been rehearsing in the afternoon, then once the piano tuner arrives post-practice, you’ll find a special meal in the vestry, made by yet more hard-working volunteers: sandwiches and cake, jelly, fruit, juice and tea and anything else you might need. At around the point that you’re tucking into said dinner, there will be various members of the Festival team out on the road, or the field nearby, putting out signs so that audience members can find their way to the spectacular (but often rather well-hidden) gems of locations in which these events take place. And directing traffic. And helping people park. And ensuring easy access for those who need it.

When those of us on stage have done our bit, taken our bow and found our host to take us home, the team then returns: to wash up all the mugs and glasses from the bar, take down the lighting rigs, dismantle the stage, plan the next move for the piano, load up the van, check where they must be tomorrow. And so on – every day, several times a day, for a fortnight.

A good friend of mine who runs events in London was once asked by a curious audience member why she always turned up as early as she did, and with such a large bag. The answer, of course, was that the prepped and pristine space into which the audience then arrived had to be prepped and made pristine before they got there. It’s incredibly humbling to consider all the many people who so willingly and generously give of their time, homes, cars, culinary expertise and a plethora of other skills to make the Festival happen, so that those of us talking about – or more importantly, performing – the music can do so knowing that everything we need will be ready to go, and the audience comfortable and happy.

Since I’m lucky enough to work on both sides of this divide, so to speak – spending most of my time being ‘one of the acts’, but also planning and running public events at the Foundling Museum – I know all too well what it is to be there after the audience and performers have gone, with the washing up to do and the chairs to stack and put away. So whilst I hope my talks this year have been as enjoyable to those attending as they were to write and give to the splendidly eager and enthusiastic Ryedale audiences, I’m also quite proud of doing my bit behind the scenes  as well… in persuading the lovely Clive, security guard at the University of York, to loan his tie to a performer so that the show might go on as smoothly as we’d all wished. So to the ever-diligent, ever-hard-working tech team and volunteers of the Ryedale Festival – and to Clive! – thank you for making this splendid festival such a pleasure, and such a stunning success. And may you all have a really good rest before the fun begins again next year!!