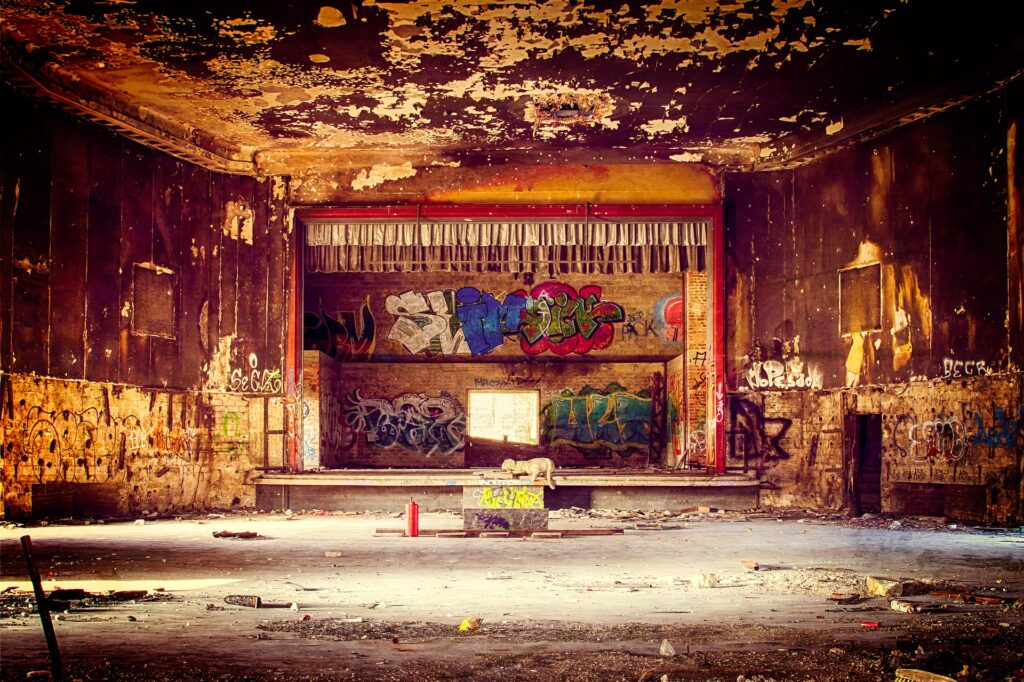 How tired we all are of crises. We’ve been living in a seemingly perpetual mushroom cloud of crises for so long now, we can as likely remember the state of not being in crisis in roughly as much detail as the sight of ourselves in proper grown-up work clothes and shoes. Time is either whooshing past or dribbling, depending on your personal circumstances, but from both ends of the spectrum, people seem to agree, it feels as if it’s ebbing away as we’re going nowhere fast.

And yet the exhaustion of the moment, the desperation with which we may seek a return to normal, is also the moment of greatest danger – because it’s the moment we’re so busy focussing on the things that are starting to change that we cease to notice what isn’t.

The arts in this country are dying.

Now, I’m not one who much likes doom-mongers and predictors of The Fall Of Culture, because a lot of it is quite straightforwardly dismissible as panicky hyper-conservativism. People clapping between movements at the Proms? Culture is dying! –  that kind of thing. Not interested. But when two major theatres announce mass redundancy in the space of a few weeks (and I’ve no doubt that I’ve missed other similar stories as well), we should be panicking. Birmingham Hippodrome has had to warn 62 of its 130 permanent staff that they may be made redundant by the autumn. The entire artistic team at the Theatre Royal Plymouth are being made redundant in three days. These venues cannot afford to keep running. They will not, I’m sure, be the last. Even Cameron Mackintosh is starting redundancy processes on several shows, for goodness sake. The man is worth over a billion dollars. And what about smaller touring companies? Opera houses? Concert halls and jazz clubs? Flexible spaces that house performance poetry and spoken word events, education projects and dance clubs?

The UK funding landscape is different from the US or from many of its continental neighbours; we have some government support via the Arts Council and similar bodies, but not a huge amount of it… and we have private and corporate donors and sponsors, but they are not exclusively responsible for keeping the arts afloat. Nor should they be, if the government considers there to be any worth in the cultural sector. But then based on their behaviour so far, it’s questionable whether they actually do.

Artistic venues are places of collaboration. It’s not just the actors and the director; not just the stage crew and the sound team. It’s the box office staff and ushers. The finance director and site managers who ensure that the building is in good shape and that there’s money on hand for contingency planning. The high-level administrators who keep up with funding bids and legal requirements for the organisation. The comms team who design and circulate information about forthcoming projects and performances to possible punters, schools parties, education groups, donors, friends and patrons. The cleaners who keep the place looking amazing, so that your trip to the theatre or the concert or similar begins with an arrival at somewhere lovely, or striking, or unusual. The security staff and the fire stewards, the tech crew and the ice cream sellers. These places are ecosystems, and they only work brilliantly if everyone is present and correct.

Speaking of ecosystems, the UK as a whole is also such a system. So is England. So is London. Or Ipswich. Or Bournemouth. Or wherever you live. For the last few months, multiple bits of the ecosystem – large or small – have been cauterised and the world has shrunk to the size of our homes and the dimensions of a computer screen. (I am SO sick of staring at this thing, and I can’t be alone here.) As we start to revivify that ecosystem, all manner of causal relationships become clear to us: how schooling helps both children and parents to work and think. How cleaners and security staff help shops to run smoothly and safely. How public transport networks open up possibilities again, for business and pleasure. It’s exciting, liberating… like breathing out after months stuck in a single cardboard box.

And yet culture is still rammed in said box, right down at the bottom. It’s staying put, by and large. It’s still bound by the computer screen – a medium and a market that has already reduced the value of musical performance so much that around 5-6 million streams is now worth £12.64. Just think about that for a minute – really think. Try using a calculator to work out what that means a performer gets per stream. It’s even more insane than it sounds, I promise you. There’s Netflix and similar, taking a small amount per month for us to watch content, some of which is great and much of which is rubbish pure and simple. And then – then – because this really speaks to the state we’re in here, there’s all the theatres and concert halls who have been producing and reviving all manner of cultural gems for us to watch at home, for free. Because on the one hand, they want to share work and keep our minds on them; and on the other, they are working on the basis that if they charge for what they’re doing, we just won’t bother to cough up. We are so very used – far too used – to getting culture for free.

Well, it costs money. It just does. Like sofas and handbags and cheese sandwiches, someone had to make this stuff, and they deserve paying. So here are a few suggestions for helping out. And yes, it involves parting with your cash. And yes, like me, you might find that you have rather less of that than usual right now. But if you have a few spare pounds, just loose change, or a fiver you just discovered stuck in an old trouser pocket, that’ll do. It’s a start. We need a start, because the government sure as hell doesn’t seem to be moving anything like fast enough.

It’s not hard to do, and it doesn’t take long. It is, however, crucial if arts venues and the many people they employ are actually going to have a chance for survival. Of course, write to your MP and find arts-based unions if you want to go further. But the rest is quick, easy, and will also introduce you to some quality entertainment from some very talented people. Help them. Please. They need it, and so – I promise you – do you. As a wise poet once wrote,

Until it is not.’