Oh dear, I seem to be in the midst of a bit of things-aren’t-what-they-used-to-be grump. Not regarding the current political omnishambles (or rather, I have plenty to say about that too, but I’m not going to put you through it just at the moment). But about a concept that I remember forming a pretty major part of my early life, which seems to be vanishing at about the same rate as the polar ice caps. Initiative.

Who remembers being told to stop wasting time and show some initiative? I do. I can’t remember exactly where – probably at school – and certainly it was a phrase I heard on multiple occasions, even if it wasn’t always being aimed at me. As far as little me could tell, what was basically meant by this intriguing multisyllable was: the teacher is busy and you were given a task, and you might not understand how you’re supposed to do it, but because the teacher is busy you’ve got to try to get there whilst making the fewest cock-ups and the least mess possible.

Now, as a teacher (or indeed parent, or anyone else in charge of children), this is a gamble. Show some initiative! you huff crossly, perhaps scarce imagining the utter catastrophe that an otherwise relatively sensible six-year-old can wreak with a small pot of PVA glue and some sugar paper. But of course, learning quite often involves making a hash of things in order to work out what went wrong and why you might not do that again next time. It’s healthy – nay, more than that, necessary – to allow people to make mistakes as they learn. If all you do is gently guide them to the right answer, then they will learn half as much. 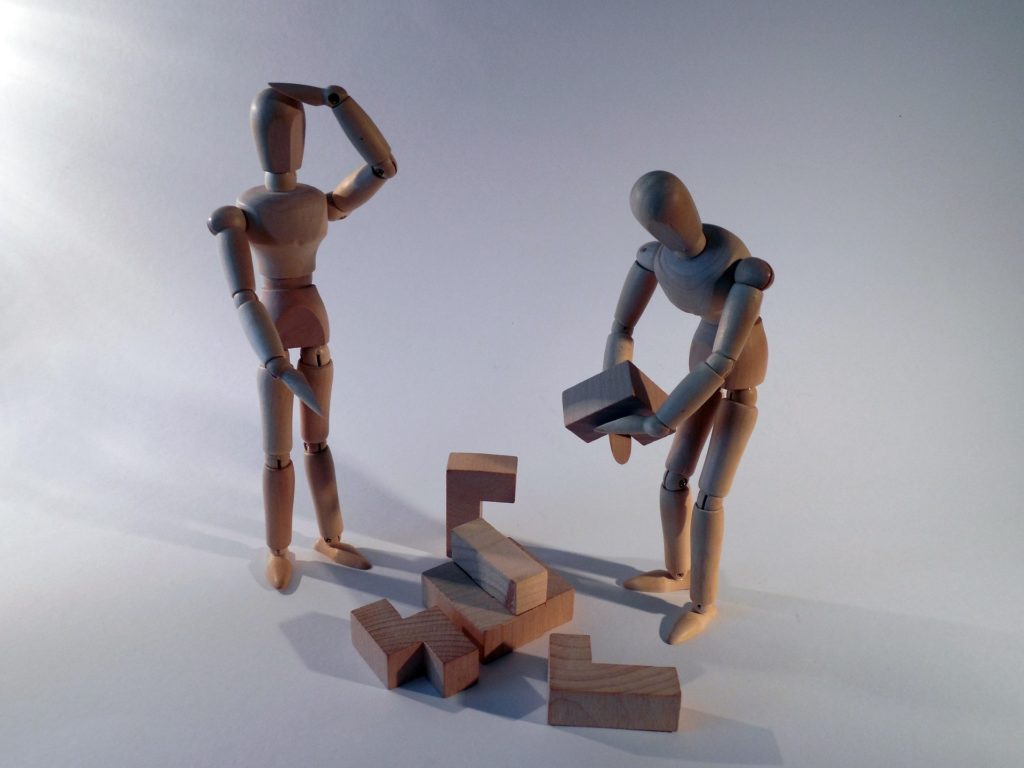 To get such a process to work, it needs to start early. Toddles can most definitely show initiative. So can babies, I reckon. I remember trying to show initiative by attempting to liberate some Christmas chocolates from the tree without permission, and ending up lying on the carpet with the tree on top of me. Both I and the tree survived unscathed, and I didn’t try that particular tactic again, so I guess that counts as a positive learning experience through initiative. Improvising tools, puzzling over the most effective ways to exorcise horrible creepy-crawlies from our dormitories at boarding school without touching them, burning rice to the bottom of the saucepan because we’d never tried to cook it before and didn’t really know what we were doing… I’m sure we could list plenty of these things.

By the time you’re a grown-up (well, nominally, or at least legally; I don’t think I’ll ever qualify for the label and I sort of hope it stays that way), initiative has a secondary form. Sure, you’ll still be busy with the hash-it-up-and-learn-later variety when you first try to hang wallpaper or apply a drill to a wall without fusing the lights. But there are also a very great many things in your bucket of things you can do. So the question now becomes: can you bring yourself to do them unprompted? Would it ever occur to you to check details, confirm things with other people, take a back-up, whatever, without being asked?

My line of work relies absolutely on belt and braces. Every aspect of it. I write scripts for talks even if I know I won’t look at them. I take PowerPoints and music examples in at least two different forms to ever lecture. In addition to all of them (including the script) also being saved somewhere online in case something disastrous happens to hard copies or hardware. When I travel to London each week, my packing includes contingencies for rain, sun, cold and hot snaps, contained in the smallest number of items I can get in the bag. I echo soundcheck timings and technical specs back to people who have booked me, just to check I’ve packed the right cable and have left extra time to get there early, just in case.

Perhaps I’m paranoid, perhaps I overcompensate. But I don’t do it out of misplaced anxiety, or shaky panic. I do it because events require more than one person to work, and it never hurts to check that everyone’s on the same page. In the past month, I’ve seen such events from the other side of the approach: a total lack of initiative taken, which has led to things not happening which could have been great… but no one though to check, to confirm, to drop someone a line just in case. It’s a fine line, I know, because the tendency is for people (and by people I have to say in my experience it’s quite often women) to spend so much time feeling responsibility for things that aren’t by rights theirs to worry about, that their own projects suffer. One must learn to draw boundaries, of course. And yet. And yet… to check is not to do it for someone else. To see if they’ve bothered to print out the score yet is not to agree to print it out for them. Or buy the CD. Or plan the rehearsal, or whatever. And to be over the age of about 12 is, as far as my own education was concerned, to be old enough to be expected to take initiative.

So I wonder. How many people can you think of who don’t take initiative on things? Whether it’s the belt and braces kind, or the making a mess kind? Both are about risk management in different ways, I grant you. But they are also about independent thinking – which can contribute to a better outcome for multiple people. Surely that, we can all agree, is something we should all be encouraging people to do a little more of.