I’m back!! Did you miss me? Sorry for the silence, the run-up to Easter and immediately after were so busy, I didn’t have the time or brain power to sit down and be thoughtful. But I’ve had a rest now, and walked by the sea a few times, and eaten plenty of chocolate, and drunk lots of tea. So. Where were we?

Actually, I want to tell you about a new course I’m teaching this term at City Lit. It’s so exciting, I’ve been boring my pals about it for months already. It’s a course on the music in animated feature films by Walt Disney – everything from Snow White and the Seven Dwarfs to Coco (although I’m keeping Frozen references to a minimum, since the class contains several slightly traumatised grandparents who might start twitching if they have to watch it again). We’ve had four sessions so far – it’s a ten-week course – and have been focusing on the early hits like Snow White, Pinocchio, Dumbo and Fantasia. They’re wildly musically different from each other, despite the music team being largely the same for each. The extent to which the story affects the appropriate musical shapes, and the construction of the narrative affects the necessity for music, and who sings and when and why… all of these questions have different answers per film. The scores are all brilliant, inventive and masterfully orchestrated to boot. It’s a joy. 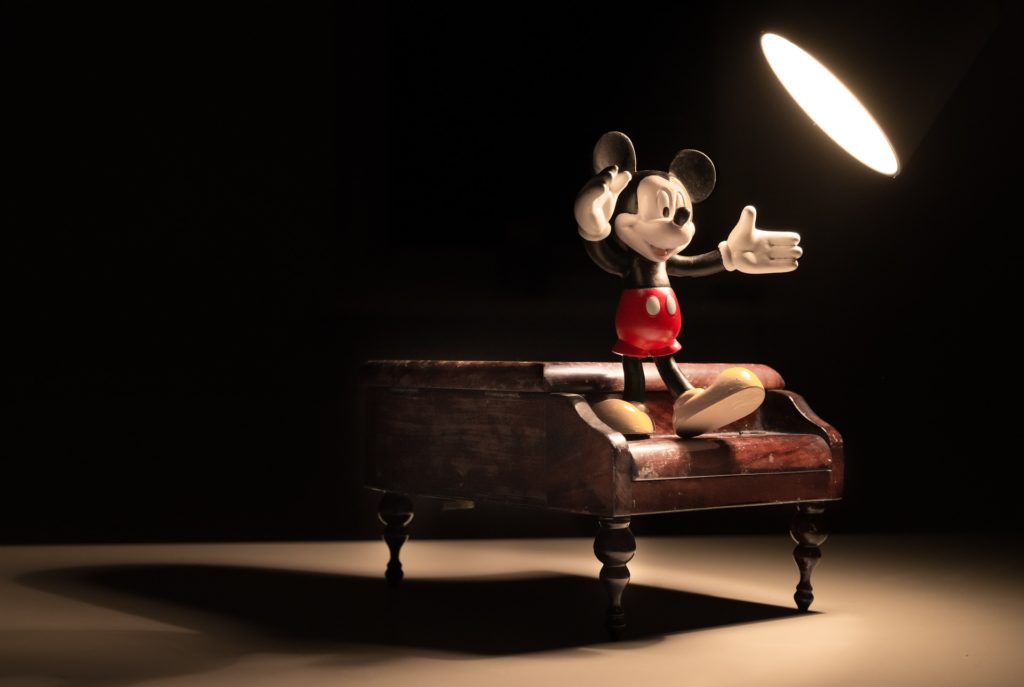 I’ve loved Disney movies since I was a very small person, when my parents took me to see some of the older ones at the cinema and bought me the VHS of Pinocchio. Like a lot of kids who grew up with Disney films (and particularly in the late 1980s and 1990s, when Alan Menken and Howard Ashman put them firmly back on the map with The Little Mermaid and Beauty and the Beast), I know them inside out. I can recite ludicrously long passages from them, I know all the words to the songs, I can do the complete opening speech of Aladdin complete with silly accent. And yet when I went to university, my Disneyphile tendencies – and my love of musicals more generally, in fact – were very rapidly shoved in a metaphorical cardboard box and shoved firmly to the back of the cupboard. Because it was made clear to me – not directly, but via certain casual comments and off-hand remarks – that these were Not Things that People With A Serious Interest In Real Music should be enthusing about.

That said, I had a great time at uni and learned a tremendous amount about music I had never heard before. Off-duty, so to speak, musicals and Disney films played a small part in leisure time. But it would never have occurred to me that it was appropriate to discuss that music in a ‘professional’ context. I don’t blame the uni for that – attitudes have shifted a great deal since then, and a different student might well have refused to be cowed by the subtle insinuations that these strands of music were something less. But I notice that there is still a tendency to interview classical musicians and ask them what their ‘guilty secret’ is in terms of their musical loves, as if those of us working in the industry have to apologise for liking anything that you might not easily fit into the term ‘classical’. Which is weird, isn’t it? We don’t expect actors specialising in Shakespearean roles not to watch the telly. Or pro footballers never to play crazy golf. Or writers of novels not to occasionally fancy entering a limerick competition. Why shouldn’t they?

So teaching the Disney course is a special thing for me in two very distinct ways. First of all, consider it my public admission of a ‘secret’ that I no longer see the need to feel guilty about. I adore Disney movies and I adore a great deal of the music theatre I’ve seen, too (and am getting to know more all the time) – and of course the two overlap, especially in the last few decades. These things require tremendous skill to do well, creative invention, and a real awareness of the subtleties of good story-telling, which is a thing I feel particularly passionate about. And secondly, it’s been an excuse to get to know the ins and outs of these films from a very different perspective, by bringing a scholarly skill-set to bear on stuff I’ve known off-by-heart since I was at primary school. It’s a fascinating journey, and has made clear just how thoughtful the creative team was in each and every case. (And there are all manner of musical and visual puns which were clearly thrown in for adults well up on their concert music and cinema classics!)

So come on, don’t be shy… what are you ‘guilty secrets’ when it comes to musical styles and artists? We all have them. But perhaps we should stop feeling guilty about them, and simply enjoy the rich variety of things we are so fortunate to be able to encounter.

Let's talk about this... CityLit, Disney