Today’s post is the first in a new series on the site: a collection of interviews with leading figures in the UK’s cultural sector (particularly in music), exploring what individuals and organisations do and how their work has been affected by the COVID-19 crisis. And crucially, every guest has been asked the question: how do we help? 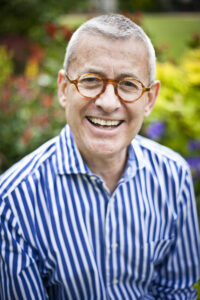 This week’s guest is John Nickson. John worked briefly as an actor and then spent a decade with the British Council, until being recruited as the head of fundraising for English National Opera in 1989. After 7 years at ENO he went on to lead development work at the Royal Academy of Arts and the Tate Foundation. He has recently published two books and is active now as a trustee of several charities (including the Royal College of Music and London Music Masters) and a philanthropist in his own right.

I asked John about his career, his publications, and what he sees as the major challenges facing the arts at the moment. So let’s start with those challenges. There’s a big one, right off the bat:

‘A 2016 YouGov survey showed that an overwhelming majority of people in the UK – 92% -had no idea that the arts had charitable status and need money. And I think that’s our fault. It’s not the Art’s Council’s job, it’s not the government’s job, to tell people that the arts need to raise money.’

So why don’t people realise that the arts rely on charitable giving? Because, says John, they’ve not been told. And crucially, we’ve not been raised to understand how important it is to contribute to running those organisations we care most about.

‘The country needs a culture of giving… I just don’t think (although it is changing) the idea of giving is in the culture in the cultural sector. And we’ve got much better at marketing right across the piece in the cultural sector, so most arts organisations of any size have really got a lot better with their shop and their bar, and engaging with the public to buy stuff. But the giving thing is still not there.’

It’s certainly the case that I most associate the words ‘donation’ and ‘arts’ in my mind via words like ‘trusts and foundations’ and ‘high net worth individuals’ – that is, the big-name donors who have wings and buildings named after them (like Clore Duffield, Garfield Weston and Esmée Fairbairn to name but a few). And as John says, ‘the network of the wealthy is incredibly important to the entire sector.’ But there’s something else he feels extremely passionate about – and that’s crowdfunding.

In 1991, when John was at ENO, the company ran a season of twentieth-century operas, including Shostakovich’s Lady Macbeth of Mtsensk. John’s job was to find sponsorship for each opera in the season – but he couldn’t find a good match for Lady Macbeth. So he decided they should ask the audience.

‘We asked the audience through a series of speeches from the stage before the thing began, which was a nightmare…. you had 2½ mins or something, and you go onto the stage, and everybody behind stage is just wishing you weren’t there and wanting you to get off; and then you look down into the pit and there’s Mark [Elder] and the orchestra glaring up at you… and you had to give this pitch.’

But despite the stress of these pre-curtain-up speeches, guess what? It was enormously successful, and raised over £100,000. Most of the donations weren’t particularly large – the point was that a huge number of people chipped in to make the production possible, and there was a special dress rehearsal and reception to thank all the donors. It was crowdfunding before the internet made such things possible in a global, high-speed format. And John believes it’s the future.

‘I’m very, very keen for the average person to understand they have a role to play in this. And indeed in the foreseeable future, I would just like to see many, many more people giving £40, £50 a year to their local arts organisation… There is a moral case for asking people to support what is being done in their name.’

It was to make this case – the case for giving – that John began writing. He published his first book, Giving is Good for You, in 2013. The subtitle is ‘Why Britain should be bothered and give more.’

‘It seemed to me that it was not enough to say, as I knew from my own personal experience by that point, that giving away money is rather lovely, and personally, you feel, if it goes well, it feels amazing… but that wasn’t really enough. The warm glow is not enough. Actually I wanted to set out a compelling case for why more people must do it. I asked for a culture of giving, and I asked that people should be taught how to be a good citizen of which giving of your time and, if you have got some, money – even if it’s only a pound a month – was important, and was going to become more important. So that was – I wanted to make a case for support for why everybody should do what they can. Not just the rich.’

John’s second book, Our Common Good (2017), he asked the question, ‘If the State provides less, who will provide more?’. The answer came from research and interviews with a host of individuals and organisations around the UK and Germany. In short, it requires co-operation between high-level donors, local authorities, specialist workers (for example, staff and volunteers running a youth centre) and the users of the charity, who must feel invested in the organisation too. John’s model was the OnSide Youth Zones project – you can find out more about their work here. And with so many people engaged and invested, the project stands up, far more than if it were entirely reliant only on government funding or private donation.

So here we are, in the midst of a global pandemic, with an arts bailout package in the UK which will help many, but is too little too late for some organisations – not to mention inaccessible to the many thousands of freelancers, from singers and stagehands to set builders and playwrights. It’s good to have the support, no question. But what about the broader national need right now?

And that means finding partners – universities, colleges, community centres, and so on. Working together to try to build a solid foundation for sustainable future support. So John is also keen that arts organisations think about how best to build on their existing support base, and engage their whole community of supporters. Whereas the focus is often on getting help from the very rich, he urges charities to reach out to those who give less – perhaps between £50 and £900 a year, which is a pretty wide margin – and make those donors feel invested. Because they will keep giving, and caring about the organisation. He even suggests getting a high-level donor to support setting up the infrastructure to keep in touch with all the friends and lower-level donors who feel invested.

Right then, here’s the big one: what do we do? How can we help?

‘First of all, when you can go, go. Buy your ticket. And if there is a Friends scheme – and it doesn’t matter what you give – do it. If you’ve got a bit more money than you need, why don’t you think about topping it up?’ I don’t think most people either know or think about how culture works and who pays. And that actually all of us who can make a bit more of a contribution must.’

You can find out more about John’s current project at www.ourcommongood.org.uk