One of the great delights of working in so many different roles, in combination with reading a completely all-over-the-place, whatever-comes-off-the-shelf-first sort of collection of books, is that sometimes connections emerge between multiple strands of my activities and leisure reading which make for rather interesting alignments. This week has most definitely seen such a network emerge, and I suspect for most folks who read this blog, given your likely areas of interest, it’s one that we all spend time thinking about. It’s about the arts – all arts – and their power to ‘do good’.

The writer Will Storr reminds us that we all have things about which we hold irrational beliefs. That’s not to say that ‘irrational’ equates to ‘bad’. Rather, they are things which we believe powerfully, and have strong emotional connections to, which makes it very difficult to have reasoned debates about. For many people, that might be religion: a strong belief in something that they will ‘rationalise’ (as far as they are concerned) by using entirely non-empirical, unprovable information. The point is, though, it doesn’t have to be a god or gods that causes us to do this. We all have them. If you want to know what people hold as their strongest core beliefs, Storr says, look to the things that they can’t discuss without getting really emotional.

Here’s an example of such a belief: the arts make us better people. This can of course be interpreted in a variety of ways. Doing art makes us better people. Learning about, or encountering art might do the same. Understanding art is only possible if you’re good or cultured (the two are often equated directly). The arts allow us to empathise with others, to imagine, to form human connections. They make us better. Right? 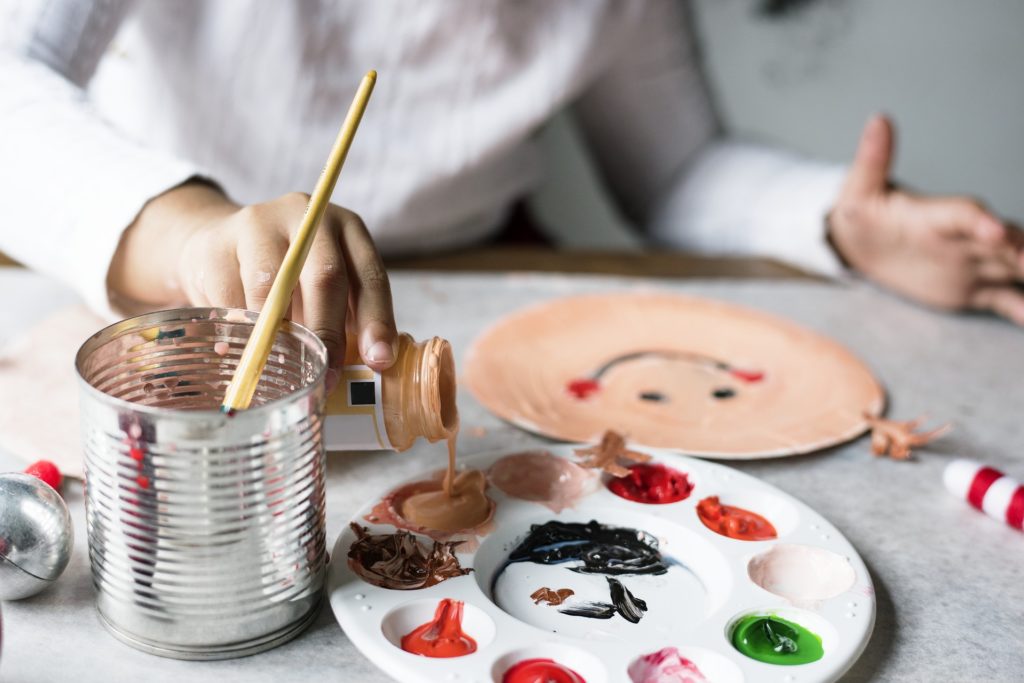 Most of us working in the arts have an inherent belief that the arts are Good. They do Good Things. We want more people to have access to them because we believe them to be beneficial to everyone. But you’ll probably have noticed that there are quite a few terms I’ve used in the last few sentences that are extremely hazy. Like ‘good’, ‘better people’, ‘understanding’ and even, actually ‘art’.

This week, I happened to pick a book off my reading pile called What Good Are The Arts? by John Carey. In it, Carey tries to take apart this very question, first by attempting to define terms (‘art’, ‘good’) and then by looking for proof. The book is over a decade old, and in fact many of the points at which Carey is forced to conclude that the evidence is not there to prove things one way or another have now been resolved by testing and research that have yielded some answers. I won’t go into great detail about his arguments (some of which, I confess, I think are a bit weak), but what he is able to provide evidence for, at least at the point of his writing, is that doing art – acting, writing, drawing – is something which certainly improves quality of life and seems to help people to integrate better within  community, aid self-expression, and deal with difficult situations and behaviours. His studies are based on work in prisons; to that we can now add countless studies on the educational impact of the arts (music being the ones I’ve read most about), working with older people who are isolated or suffering from dementia, and no doubt other projects I’m not aware of. Engaging with art, getting our hands dirty and making new sounds, has a positive impact.

So far, then we can adjust our model. A hunch that the arts are good for us seems to be true when it comes to the doing. What about the observing or listening or reading?

And here, another experience of my week comes into play. A brand new exhibition has just opened at The Foundling Museum, in partnership with the Childhood Trust, called Bedrooms of London. The exhibition features a photograph for each London borough. The photograph in each case is of a place where a child sleeps. The children in question all live below the poverty line, as do 700,00 children in London alone. Think about that number for a moment. That’s the equivalent of the population of Peterborough, PLUS the population of the whole of Wiltshire. Of children. In poverty. Just in London.

Thursday evening was the private view of this exhibition, and we were all on duty to welcome guests. Private views are often rather jolly social occasions – seeing old friends, glasses of wine, congratulations on the putting together of another great show, and so on. But on this occasion, groups of people entered the space to view the images, and read the simple captions beside the photographs (none containing people – just the room) about the families who lived in each place… and fell silent. They moved slowly, read the captions more carefully, spent more time with each picture than I remember seeing at any previous private view in the several years I’ve worked at the Museum. They came out afterwards and wanted to talk, wanted to express the horror and heartbreak of what they had seen. They were each given an action pack when they left, and many were determined to do something, at once. Something. Whatever they could. They wanted to know how to help, how to change the situation.

Is the exhibition art? Well, yes: documentary photographs, carefully taken, on display in a gallery space. That’s art. But it’s art which most certainly did, and I hope with all the audiences who see it over the coming months, will continue to, make people want to act. Made them want to help, to effect change. Perhaps that’s not exactly art making people better – they need to be sympathetic to the situation in the first place, after all. But the exhibition has caused people (and I include myself in this, 100%) to consider how they can change this appalling situation. And if that leads to actions which improve the lives of those living in such conditions, then the art has indeed done good. I think we can probably all agree that helping others is something we quite universally put in the moral ‘plus’ column.

Not all art can claim this. And it doesn’t need to either: there are other reasons that art exists, plenty of them, besides claiming to improve us morally. But it’s a striking example of the power that the creative arts can have, both for those who engage with it, and those of us who receive it. At a time when artistic subjects are increasingly under threat in schools in the UK, it’s something we should all be giving more attention.