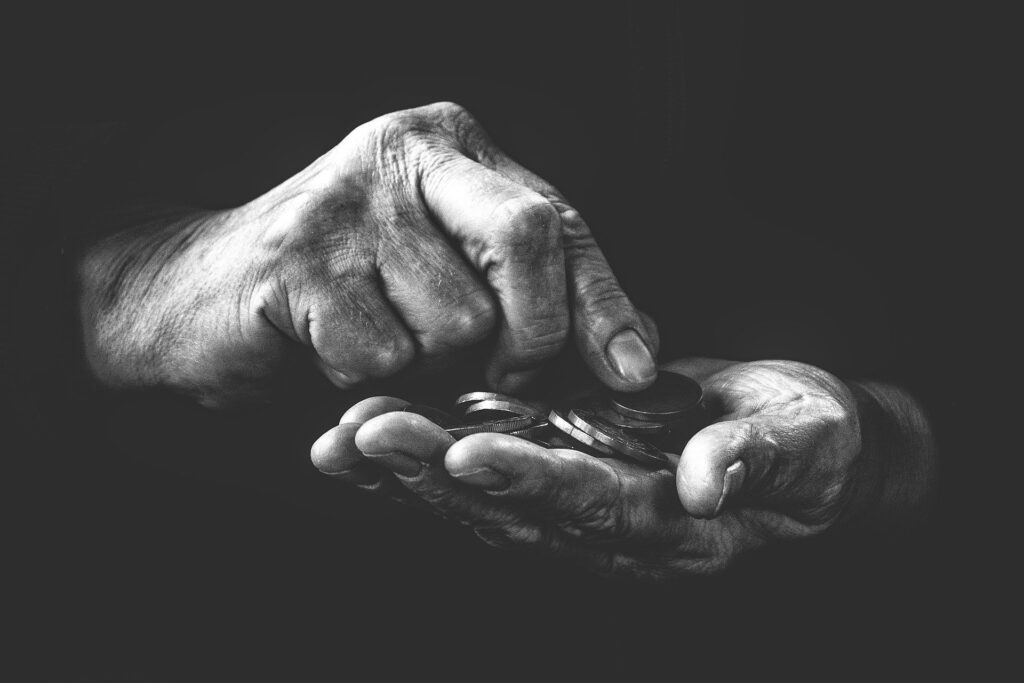 A couple of weeks ago, I was lucky enough to be part of a filming project at the Wigmore Hall. I hadn’t been to any live music (indoor or outdoor) for months, let alone inside a concert venue. We arrived at the front door as agreed, masks on. The door was locked of course – the house manager came to let us in, explaining the routes we could use and how to stay safe whilst we were in the building. The lights in the foyer were off. We basically only took the masks off to be in front of the camera. And sitting in that beautiful auditorium, one of a mighty audience of two whilst our colleagues performed to be filmed, was almost unbearable as much for the privilege it was to be present, as for the fact that no one else was in the room.

It’s hard to know – as has been the case for a seemingly endless number of weeks at this stage – whether things are basically getting better or if we’re just teetering towards another upsurge in cases and plunge back into lockdown. But live performances, indoors and out, with audiences, are starting to gear up again and social media is awash with tales of just how emotional it’s been for people who are able to sit in the same room as musicians again – let alone the performers who are so happy and relieved to be back doing what they do best for listeners they can actually see. The Wigmore filming experience was a salutary reminder, too, of just how welcoming we have come to expect a public venue to be: smiles and greetings on the door, even if there’s a bag check to go with it; brightly lit, spacious corridors and crush halls, friendly bar staff, box office staff, ushers and programme sellers… even the chance to go and speak to performers afterwards. It was touching to see, on a visit to Snape Maltings this weekend (not for a concert alas, but next time…) just how carefully the space and its guardians are bursting with a happy welcome, despite the safety restrictions in place. Everyone is glad to be back – even if, for now, it’s only for carefully spaced performers in largely empty halls.

That is a salutary reminder, of course, that even if we don’t end up riding a second wave of COVID cases into winter, we’re most certainly not out of the woods yet. The four interviews in this series so far have given some sense of not only the effect that the crisis has had on the musical world so far, but also what plans, conversations and financial packages may be needed to keep everything afloat – as far as possible – until something approaching normality returns. And of course, all the interviewees’ stories are interconnected: Katharine Hogg’s advocacy for music libraries chimes with the huge role that public library access played in broadening Christopher Glynn’s horizons as a teenager, which led him down the path towards professional performance and running the Ryedale Festival. The terms on which he employs artists and is employed himself, and the teachers who instructed him and his colleagues, will no doubt have fallen in part under the protections of the ISM, and benefitted from work done by Deborah Annetts and her predecessors there, petitioning government and looking into employment law and financial matters to ensure that musicians have professional support and representation, not only at times of international crisis. You will have noticed, too, that within the answers to the question I most wanted to ask people in this series, What can we do to help?, a big part of  the response has been to do with money: supporting festivals and charities (including the Music Libraries Trust – so yes, there is a way to help your local music library), and exploring the possibilities of grass roots support around a particularly cherished enterprise within a community, as John Nickson explained. These people and what they do are all part of a vast ecosystem that requires money, support, passion, hard work, and recognition. And that complex and considerable ecosystem is of course what we generally refer to as ‘The Arts’.

There’s been a week’s hiatus in this post because I’ve been on holiday. In this country, since planes and quarantine risks all seemed a bit much to cope with. It rained, needless to say, but was also (at times) gloriously sunny. I went to a pub for the first time since March. Swam in a swimming pool – open air – for the first time since March. Walked up and down some very big hills, and stopped for tea and cake afterwards. Masks and hand sanitiser were always in the bag, and the cottage we’d rented got a thorough wiping down before much contact was made with door handles, light switches, and suchlike. But the very fact that it was possible to go on holiday – to be able to afford to go on holiday – only added to something I’ve been more and more aware of over the past few months. Money.

See, in the grand scheme of salaries, I don’t earn a heck of a lot. This career of mine – and I still don’t really know what to call it, but its rich diversity of teaching, talking, radio work and writing suits me very well, so never mind a label – is enormously rewarding, but a pathway to riches it ain’t. That’s fine by me, because I’m comfortable and happy, have enough to live without fear of debt, eat out, go to the theatre and concerts when such things are possible, and take the odd holiday. But it’s easy to think, when the world is not in the middle of a pandemic, that actually since I earn below the average, the amount of spare cash washing around in my bank account is tiny.

Shameful as it is to admit that it took COVID-19 for me to notice, it’s very clear to me now that that’s just rubbish. I earn very well. I earn considerably more per year than the average UK musician (a quick reminder: Deborah Annetts revealed this to be around £20k). I still have work coming in, at a time when so many of my colleagues are still waiting for things to get going again, for all their brilliant innovations with interim online solutions. I can afford to go on holiday. These things are not to be taken for granted.

And so as a result of the interviews I’ve done so far – because my idea in starting Let’s Play was to spread the word of what the situation has been like for all kinds of people working in music, and then to offer ways in which those people could be helped – I feel it only fair to tell you that I have ended up giving more money to charitable causes in the last few months than I have… well, probably ever. Because if you take my eminent interviewees at their word, and work on the basis that every little helps, that things you care about are worth trying to save, even if you’re only able to work within limited means, then it’s worth £20 here and £30 there, isn’t it? It’s worth £2 or £5 or £10 a month, because let’s be honest, that’s what you already pay for Netflix. So yes, I’ve bought a TV licence for the first time in years (I don’t own a TV) because I value the BBC and all it does, on screen, on radio and live. I’ve signed up to a couple of monthly donation schemes, and I’ve paid one-off donations to a few organisations I love around where I live, plus others that I consider particularly important. And John Nickson is absolutely right, of course: it feels great to give. It feels great to help. So if you’re fortunate enough to have a bit of spare cash (and just think of all the cash you’re currently saving by not living on take-out sandwiches and overpriced coffee as you run from job to job – that’s the money I’m currently giving away), I can’t recommend it highly enough. The feeling of helping is worth much more than the tenner you’d otherwise still have.

And keep watching this space. More interviews with more wonderful people to follow. Thanks for reading.